Association “Baltijos vilkas” together with UAB “Gallagher Baltic” decided to install experimental enclosure in a selected farm that would protect cattle from wolves. The aim is to test and demonstrate the effectiveness of this prevention measure. And by example encourage other farmers to install such enclosures and municipalities to financially support these proactive steps.

On September 2 the first enclosure was installed in Meiliūnai village at a farm of Rasa Gavrilova. This farm was chosen due to increased number of depredation cases in the region over the last two years. Supposedly local wolves grew accustomed to feed on livestock due to increased level of cattle keeping and a lack of any preventive measures. Half a hectare was fenced to keep a couple of calves and a cow inside. Enclosure is stationary and consist of 5 charged wires. The lowest band is about 18-20 cm from the ground, the topmost one at a height of 1,3-1,5 m. Signal lamps and voltmeter will help to ensure that enclosure is operational. 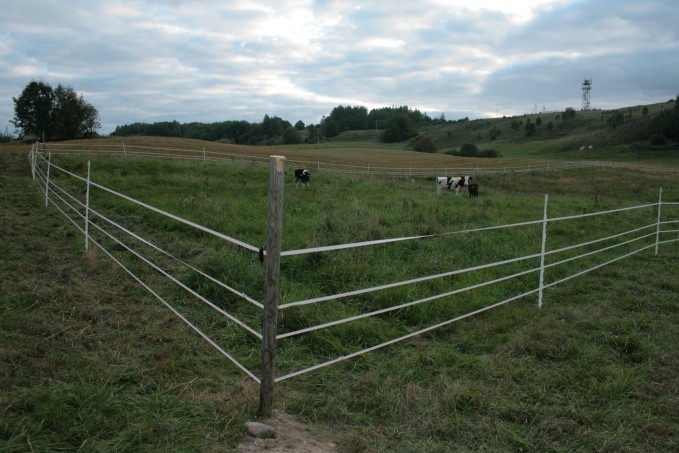