In the spring of 2010 a farmer received two puppy dogs that she so long awaited for. The first one was a gift, the second one she bought herself. The dogs arrived from Poland and they cost her 800 Polish zlots (more than 200 EUR). Farmer Rita explains that Polish Tatra Sheepdogs (in Lithuania better known as Podhalan Sheepdogs) protect livestock in Carpathian region. Her decision paid off: livestock breeding losses decreased. Dogs are careful and vigilant, they drive cattle into the cattle-sheds, return strayed ones to their herd, watch over lambing ewes and calving cows, and vigorously protect little ones. And if needed, they alarm farmers. 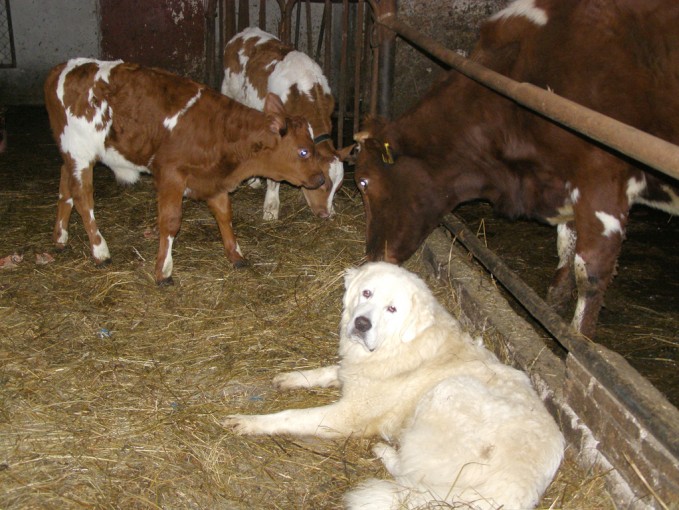